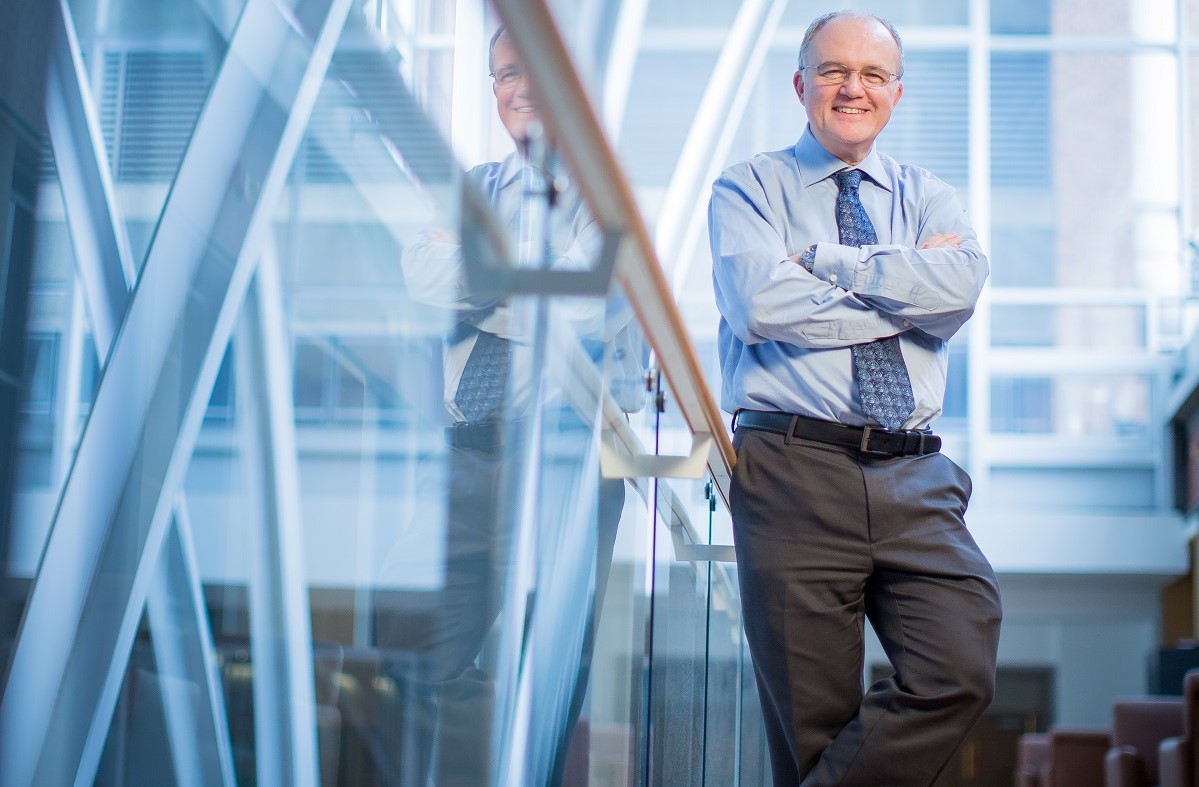 A research team at the Krembil Research Institute has inked a deal with a multinational pharmaceutical company that could speed development of a potential disease-modifying drug for Alzheimer’s disease.

“Drug discovery is a tremendously competitive field and this partnership demonstrates the ability of Krembil and UHN to achieve a level of excellence on the world stage. It also helps cement our place as one of the leading neuroscience research facilities in Canada.”

As part of the collaborative agreement, researchers in Paris and Toronto will jointly develop compounds that target two key proteins known to play a role in Alzheimer’s disease. Those proteins, called tau and beta-amyloid, are believed to have a deleterious effect on brain function when they misfold.

“We all have these proteins in our brains. When they misfold they become toxic to brain cells. They kill brains cells,” says Dr. Weaver.

“We have identified a class of compounds that we believe prevent beta-amyloid and tau from doing this.”

Dr. Weaver’s team has spent nearly two decades searching for a therapeutic strategy to slow or stop the neurodegenerative disease that affects more than 500,000 Canadians.  There are currently no disease-modifying drugs for Alzheimer’s on the market.

In 2013, Treventis was awarded $4.7-million in funding from the prestigious Wellcome Trust to investigate compounds, with the goal of designing a drug that can safely and effectively treat people with chronic neurological dementias, such as Alzheimer’s. Funding from the Wellcome Trust, a British-based independent charity, is extremely competitive, difficult to obtain, and is traditionally awarded to researchers in the U.K.

“The Wellcome Trust funding allowed us to get to the point where we have a molecule that works, but needs some fine-tuning,” says Dr. Weaver. “Partnering with a major pharmaceutical company like Servier is the next logical step.”

Dr. Weaver is quick to also credit other funding agencies that have played a significant role in advancing the fundamental research to its current stage of applied drug discovery.

Among the most generous contributors, he said, are the Alzheimer’s Society of Canada, Canadian Institutes of Health Research, Toronto General & Western Hospital Foundation, The W. Garfield Weston Foundation, BrightFocus® Foundation and Krembil Foundation.

For its part, Servier has indicated it is excited to partner with Treventis in taking this research to the next level.

“We very much hope that this new collaboration will allow us to answer the huge unmet patient need for disease-modifying treatment of Alzheimer’s disease, thanks to Treventis’ unique and innovative technology,” Christian de Bodinat, the company’s Director of Servier’s Center of Therapeutic Innovation in Neuropsychiatry, said in a statement.

“We are very excited to be part of one of the first programs employing a dual approach in this field.”

As part of the agreement, Servier will fund all research costs and maintain worldwide rights to develop and commercialize drugs advanced during the partnership.

Dr. Weaver and his team are thrilled to partner with one of the most innovative pharmaceutical companies in the world.

“I think it says that Servier has faith that we have a sound approach, excellent molecules and that there is a good foundation already in place,” says Dr. Weaver. “This allows us to optimize and fine-tune the molecule and perform more elaborate biological evaluations.”

Next steps for the research team include ramping up work in the laboratories at the Krembil Discovery Tower and JLabs, and attempting to identify a candidate for a Phase 1 clinical trial.